Dr. Canepari, Italian diplomat and author, has spent many years as promoter for Italian life and culture. On Wednesday, May 25th, 2022 he presented his latest publication, The Italian Legacy in Philadelphia: History, Culture, People, and Ideas published by Temple University Press to an invited audience in Rome.

Over a long and distinguished career, Andrea Canepari has served as Ambassador of Italy to the Dominican Republic and as Consul General in Philadelphia. In both roles, he has consistently promoted public diplomacy initiatives to foster collaboration between Italy and the wider world. He is also the co-editor of The Italian Legacy in Washington, D.C.: Architecture, Design, Art and Culture published by Skira, and editor of The Italian Legacy in the Dominican Republic: History, Architecture, Economics, and Society published by St Joseph University Press.

Dr. Canepari is co-editor with Dr. Judith Goode (Professor Emerita and former President of the Society for the Anthropology of North America ) of The Italian Legacy in Philadelphia, a book that celebrates the history, impact, and legacy of the vibrant Italian community in Philadelphia, tracing four periods of key transformation in the city’s political, economic, and social structures. The editors and the book’s illustrious contributors chronicle the changing dynamics of the city as Italian immigrants established themselves and as they continue to have lively interactions with people and institutions in Italy.

"This anthology provides elegant testimony to the profound impact of the Italian presence in Philadelphia… it offers an invaluable tribute to what Italians brought to the city as they altered its physical and cultural environment and helped to make Philadelphia what it is today.”
Richard N. Juliani, Emeritus Professor of Sociology at Villanova University

Dr. Canepari was joined by a panel of discussants, all of whom contributed to the publication. The panel consisted of Professor Lisa Colletta (AUR’s Professor of English Writing, Literature, and Publishing), AUR Trustee, Joseph Torsella (State Treasurer of the Commonwealth of Pennsylvania), and Chris William Sanchirico (Samuel A. Blank Professor of Law, Business, and Public Policy, and Co-Director of the Center for Tax Law and Policy at the University of Pennsylvania Carey Law School). The panel was moderated by AUR Trustee Neil Tanner (SVP and General Counsel, Finance, Strategy, and International Markets at Cigna). 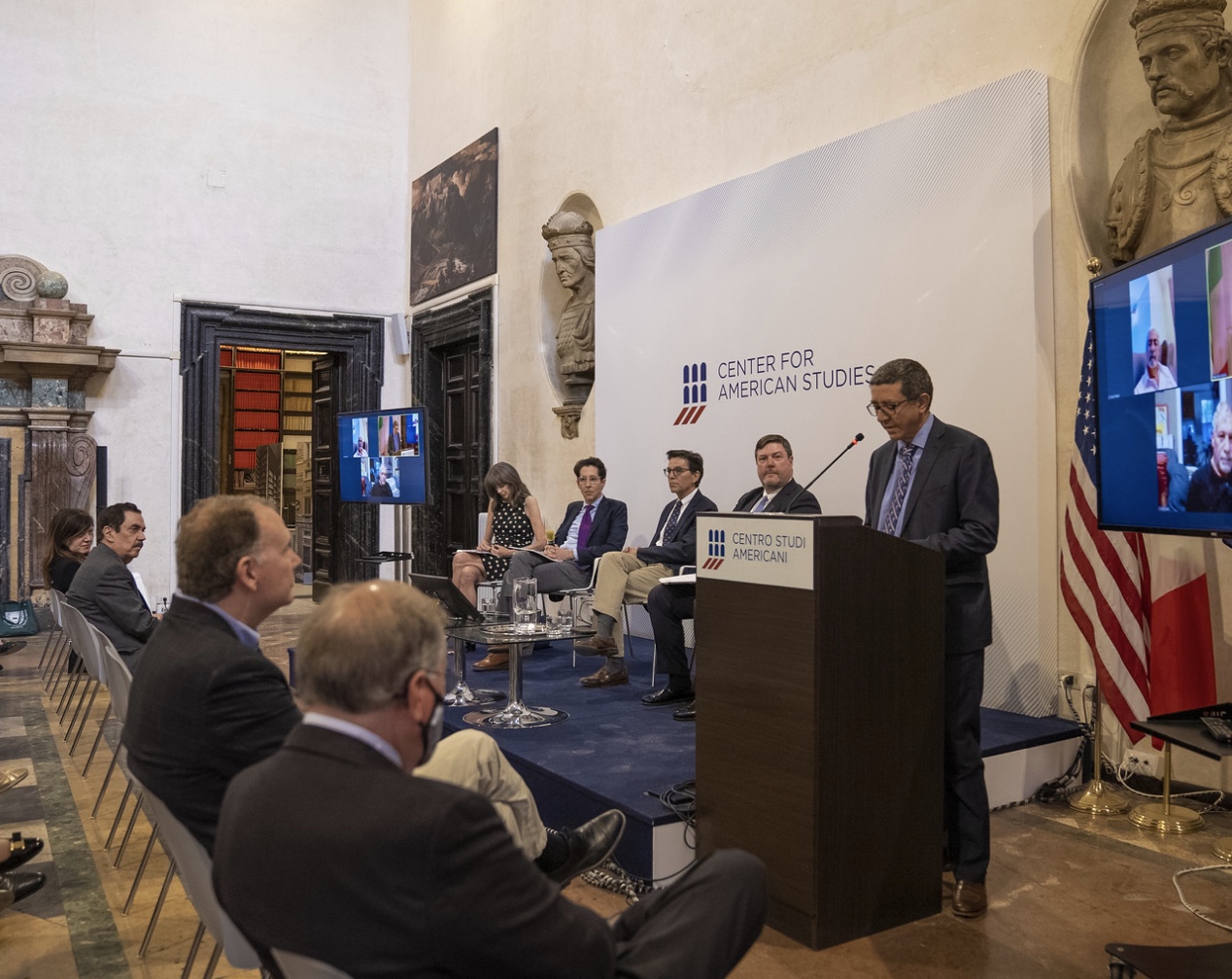 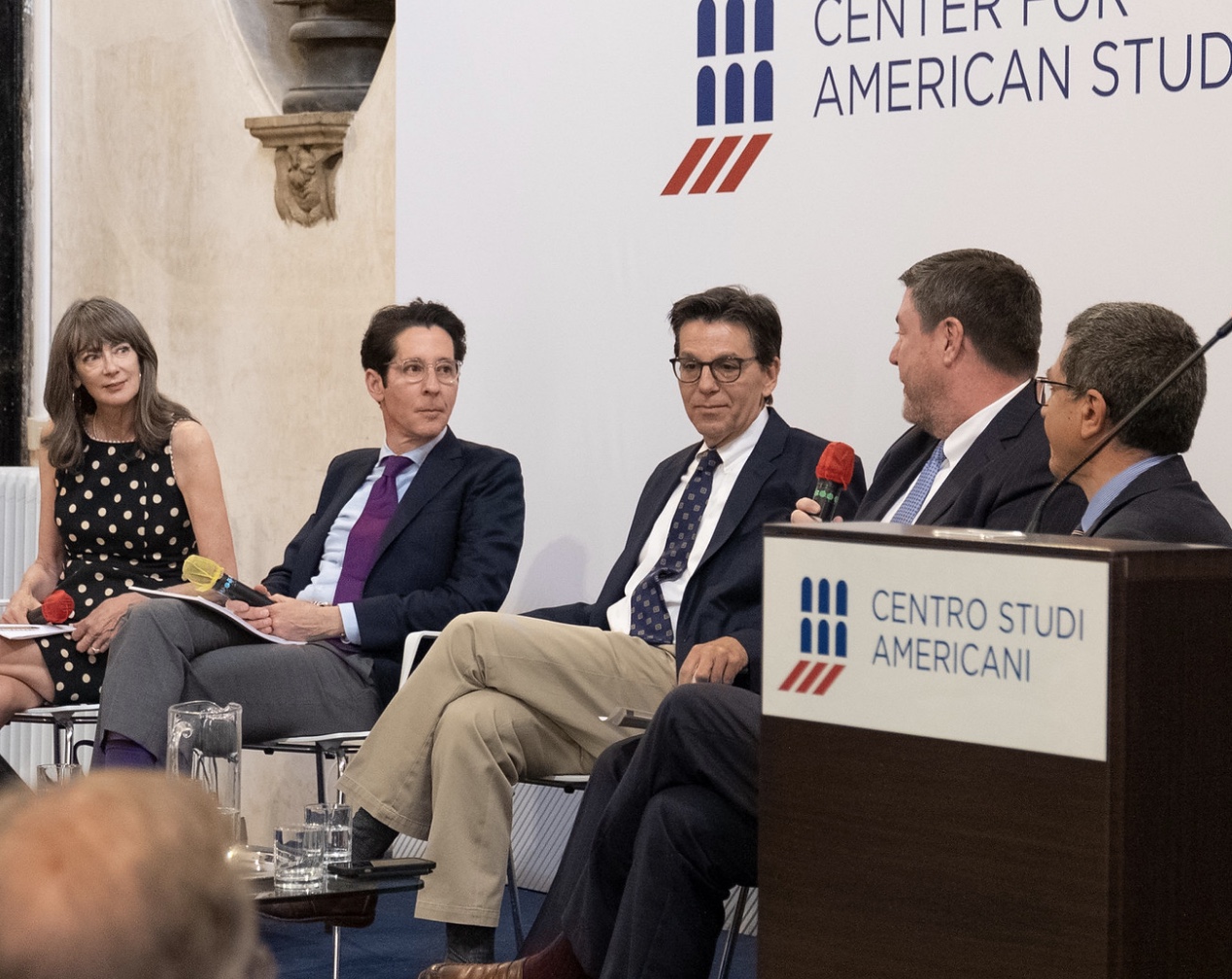 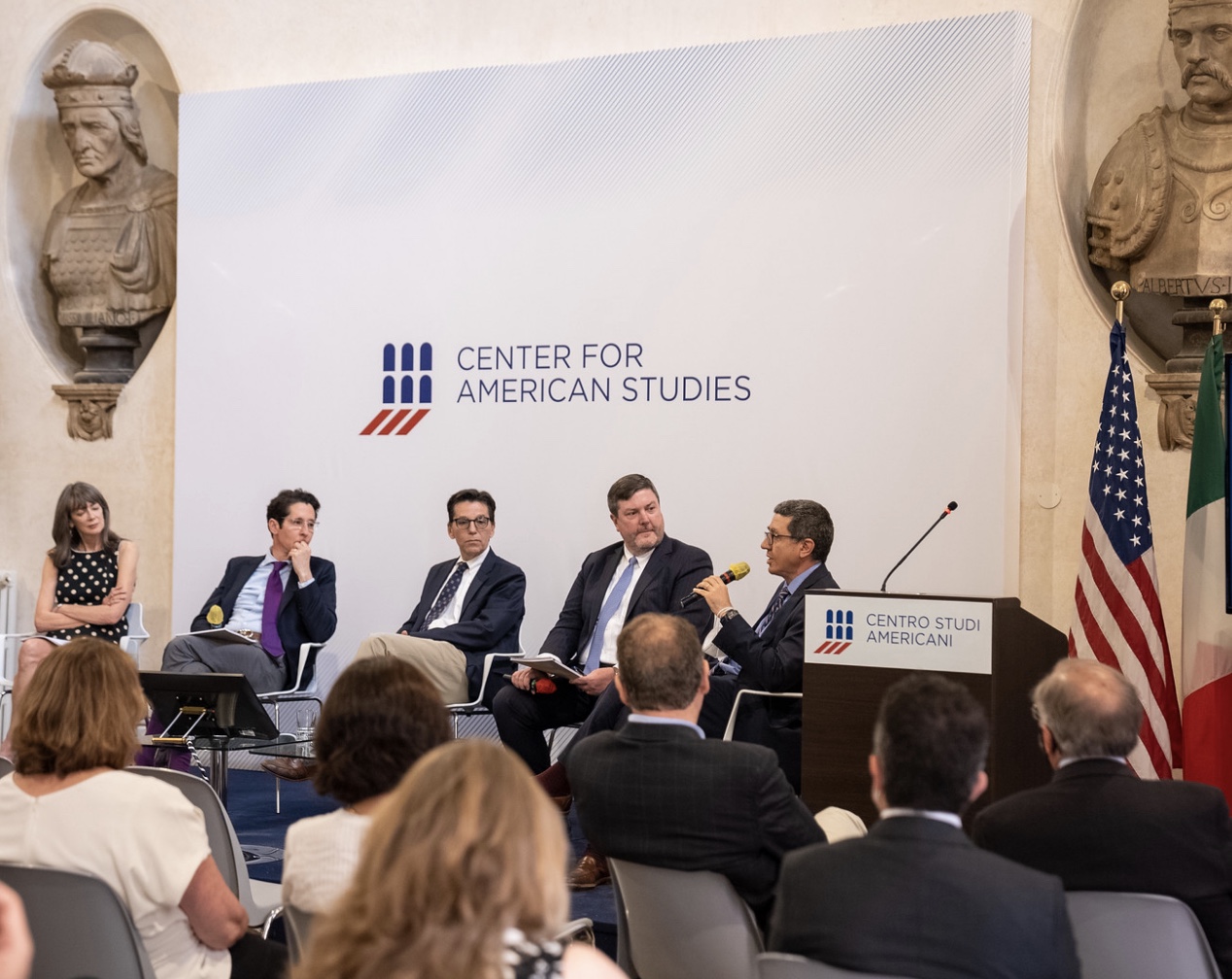 The following day, The American University of Rome proudly honored Mr. Canepari with an Honorary Doctorate at their annual commencement ceremony. The honorary degree was presented in recognition of Mr. Canepari’s significant contribution to Italian-American cooperation and for his tireless promotion of Italian life and culture around the world.

Andrea Canepari, an Italian Diplomat, was Ambassador of Italy in the Dominican Republic from  2017 to 2021. In 2017, he reopened the Embassy of Italy, inaugurating a new Diplomatic Chancery and a new Residence and resuming political, cultural and economic relations. Between 2018 and 2021, he promoted three cultural years with hundreds of events in conjunction with institutions, companies, universities and local cultural centers to celebrate and highlight the significant common history that Italy and the Dominican Republic share and to create new opportunities for future collaboration.

From 2013 to 2017, he was the Consul General of Italy in Philadelphia, Pennsylvania, with consular jurisdiction for the States of Pennsylvania, Delaware, Maryland, New Jersey (southern counties), North Carolina, Virginia and West Virginia. He has received numerous awards and over 200 mentions in the press, radio, and television. In 2016 he received the 2016 “Global Philadelphia Award” biennial award from Temple University, awarded to those who stand out for their enhancement of international relations for the city of Philadelphia. He has been a part of numerous committees and commissions including the Papal Event Committee (on the occasion of the Pope’s visit to Philadelphia in September of 2015); the Presidential Advisory Board of Jefferson University, facilitating the creation of the first medical degree recognized in both Italy and the United States; and the International Advisory Board of Scuola Universitaria Superiore IUSS of Pavia, Italy.