In 1583 five Jesuit brothers set out with the intention of founding a new church and mission in India. Their dream was almost immediately, and brutally, terminated by local opposition. When their massacre was announced in Rome it was treated as martyrdom. Francesco Benci, professor of rhetoric at the Collegium Romanum, immediately set about celebrating their deaths in a new type of epic, distinct from, yet dependent upon, the classical tradition: Quinque martyres e Societate Iesu in India.

This is the first critical edition and translation of this important text. The commentary highlights both the classical sources and the historical and religious context of the mission. The introduction outlines Benci’s career and stresses his role as the founder of this vibrant new genre.

The Warburg Institute, University of London, is professor of Medieval and Renaissance Studies at The American University of Rome. He has published many articles and two monographs on Neo-Latin poetry: Poets and Princes: the Panegyric Poetry of Johannes Michael Nagonius, (Brepols, 2012); Patterns of Patronage in Renaissance Rome: Francesco Sperulo: Poet, Prelate, Soldier, Spy, 2 vols (Peter Lang, 2015)

Neo-Latin specialists, religious, political and cultural historians; scholars of reception studies and the classical tradition will find the edition useful; the description of art objects; religious buildings and Heaven will interest art historians. 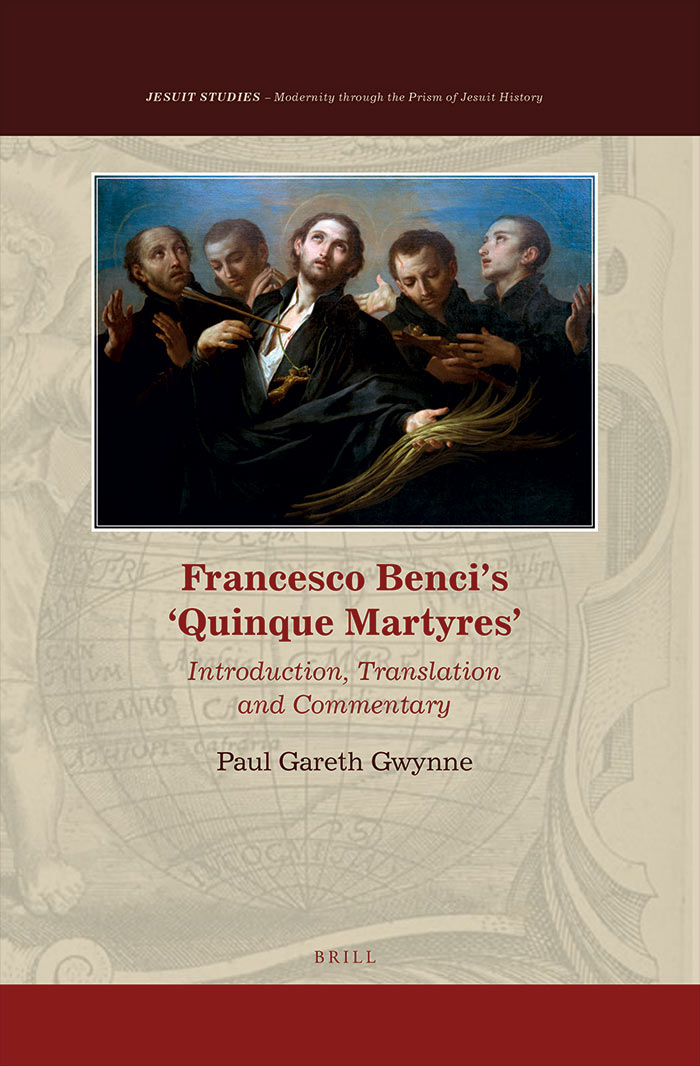