Arte Chicana - In your face. An Art History/Fine Art colloquium.

An Art History/Fine Art colloquium in conjunction with the Mexican Embassy.

On the launch of In Your Face: Chicano Art After CARA (28 September 2022 – 21 January 2023), an art exhibition presented by the Embassy of Mexico in Italy and the Instituto Cervantes de Roma in collaboration with AltaMed, we invite you to join us at The American University of Rome for a panel discussion on Chicano Art in the United States.

In Your Face is perhaps the largest and most important exhibition of Chicano contemporary art since CARA (Chicano Art: Resistance and Affirmation), the exhibition organized in Los Angeles in 1990 that involved the most important Chicano authors and artistic collectives of the period 1965-1985.

From 28 September 2022 to 21 January 2023 the Sala Dalì of the Cervantes Institute (Piazza Navona 91) hosts 53 works by 29 artists including sculptures, photographs, prints, paintings, and mixed media. "Chicano art has been an integral part of American art since the mid-twentieth century," explains Susana Bautista, curator of the exhibition, "Here we see a visual expression of the Mexican-American experience that displays the vitality of art that adapts to the changing times."

In Your Face aims to introduce Chicano art to a new audience in Italy. This exhibition aims to show the continuity of the artists who have exhibited in CARA, with the new generations of creators, where socio-political themes, the culture and traditions of the Mexican and Mexican identity are a central theme.

The exhibition is accompanied by live performances and video projections of Chicani murals after 1985. It can be visited free of charge at the Sala Dalì of the Cervantes Institute in Rome from Tuesday to Saturday from 4 to 8 pm 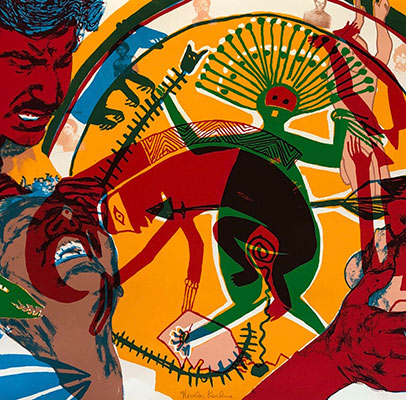 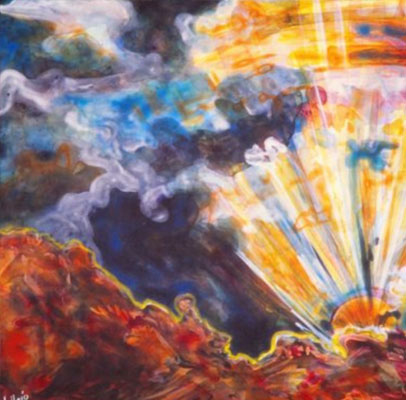 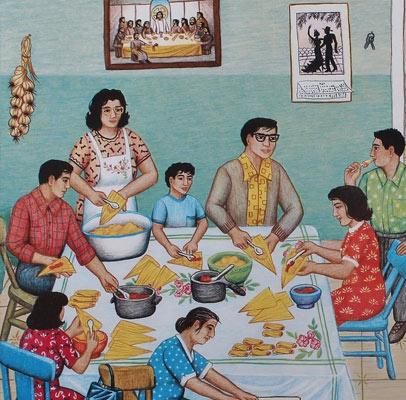 Linda Vallejo is an American artist known for painting, sculpture and ceramics. Her work often addresses her Mexican-American ethnic identity within the context of American art and popular culture. The founder of the commercial art gallery Galería Las Américas, she is also an arts educator and has been involved in traditional Native American and Mexican rituals and ceremonies for many years.

John Valadez is one of the most successful artists to emerge from the Los Angeles Chicano art scene. His realist paintings record the Chicano experience in Los Angeles during the ‘70s, ‘80s, and ‘90s. His work has come to define the iconography of Chicano identity of the period, situating it within the changing dynamics of the city rather than nostalgically attempting to reconstruct a mythical and distant past.