In the fall of 2022, twenty AUR students embarked on an eye-opening and deeply engaging academic field trip to Sicily for the Italian Studies course, 'Sicily Against the Mafia.'

Led by Professor Valentina Dorato, the one-credit field trip course has been designed to present students with differentiated views of Sicily and its relationship with the mafia, as the island continues to develop an overt culture of mafia opposition and an enhanced rule of law. As Lorenzo Todo wrote in the Guardian newspaper (UK) in 2019; "Palermo has been reborn from the ashes of ... bombs and killings. On the windows of dozens of storefronts and restaurants in Via Maqueda, the lively street that runs through the city’s historic centre, is the “Addiopizzo” (Goodbye extortion) sticker, which is a pledge that the business owners have refused to pay protection money to mafia bosses. It’s just one of the many signs that today Cosa Nostra is the one on its knees."

Activities of the field trip included a tour of Palermo city center, a visit to the town of Piana degli Albanesi (founded in 1488 by Albanians refugees escaping Turkish domination), and a visit to the port city of Mazara del Vallo in the province of Trapani. Mazara del Vallo lies mainly on the left bank at the mouth of the Mazaro river and its port is home to the largest fishing fleet in Italy. It's commonly referred to as 'the most Arabic city in Italy', home to a very large Tunisian community, and students were given local insight into the migratory and immigration history of the area.

The highlights of the trip, however, were the students' visits to the Casa Memoria Felicia and Peppino Impastato and to the Portella della Ginestra Memorial. 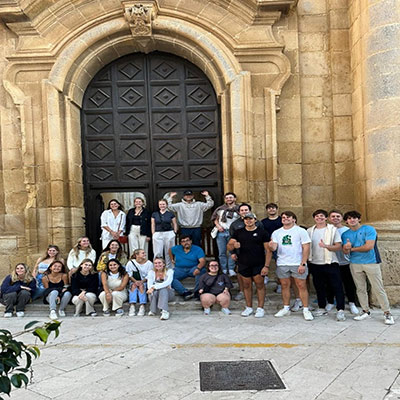 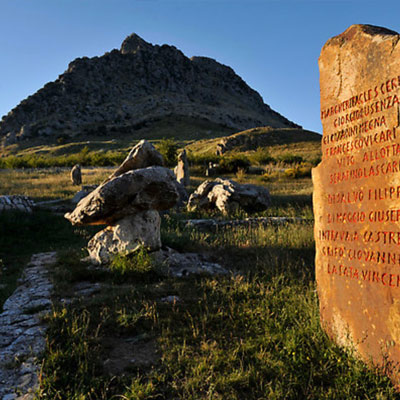 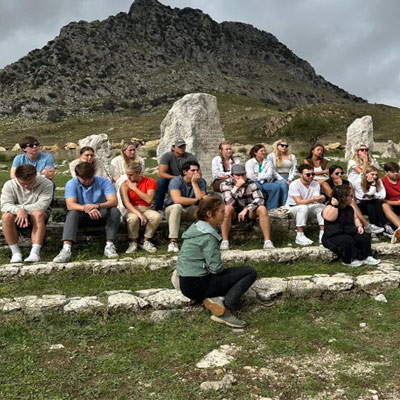 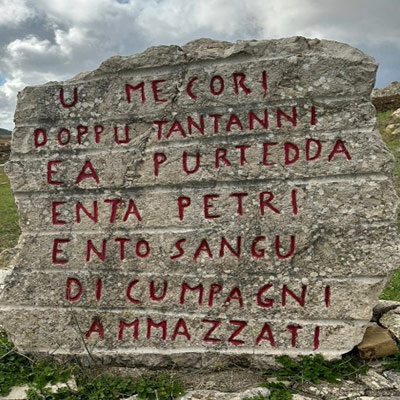 The Casa Memoria Felicia & Peppinoi Impastato is a museum dedicated to the memory of Peppino Impastato and his mother Felicia. Peppino was an activist who fought against the mafia corruption and oppression and who was murdered by ordfer of the mafia boss, Gaetano Badalamenti. Mamma Felicia broke the wall of silence, Omertà, to tell Peppino's story and to denounce her son's mafia killers. After many years of dedicatedly highlighting her son's murder, Gaetano Badalamenti's conviction finally came in 2002, 24 years after the assassination.

The Portella della Ginestra Memorial commemorates a mafia organized massacre committed on 1 May 1947 in Portella della Ginestra. Members of the mafia family of Salvatore Giuliano fired machine guns into a crowd of civilians gathered to celebrate Labor Day, resulting in eleven deaths and numerous injuries. The reasons for the massacre lie not only in the bandit's declared aversion towards the communists, but also demonstrated the will of the mafia powers to maintain the old balance in the new political and institutional framework born after the Second World War. The instigators of the massacre have never been identified.

The Memorial at Portella della Ginestra was designed and built between 1979 and 1980 by Ettore de Conciliis, painter and sculptor, with the collaboration of the painter Rocco Falciano and the architect Giorgio Stockel. The work has been immersed in nature and the landscape to avoid enclosing the memory of the massacre in an architectural block or in a closed group of figures.

"The trip to sicily allowed me to take the knowledge that I had gained in the classroom and amplified it tenfold. I felt part of the stories and the history that I had read about and discussed. It was truly a great experience.”

"After the field trip, I felt connected to the readings and films in class. The information became more real as I could accurately picture the homes and lives of both criminals and activists, and the land where the terror occurred. The opportunity to converse with native Sicilians, those who have lived what we only read about, was transformational. This trip sparked my emotions, my learning, and my appreciation for Sicilian culture.