The American Playwrights Project in Rome 2018

Developed first by Valeria Orani in 2015-17 as the Italian Playwrights Project, in collaboration with the Martin E. Segal Center at CUNY and its director Frank Hentschker, the initiative began by introducing select contemporary Italian plays to American audiences. The Project engages the entire process, from translation to performance, and eventually leads to the publication of the translated texts.

The American University of Rome was proud to partner with Orani in The American Playwrights Project, the new sister initiative that completes the cultural exchange, and in December 2017 helped to bring contemporary American drama to Italy. Three plays by American writers were selected and extracts of each were translated and performed during a mise-en-space event at the Teatro Vascello, in Via Giacinto Carini, 78, just a short walk from AUR’s campus.

The plays selected were: Miss 744890 by Mariana Carre

o King; When January Feels Like Summer by Cori Thomas, and The Great God Pan, by Amy Herzog.  Playwrights King and Thomas were present at the Rome performance and participated in a panel discussion (see below) with the actors, directors and AUR Adjunct Professor Patricia Gaborik, who teaches drama.

Gaborik, who is a translator, scholar, and playwright, served on the selection committee which chose the American plays.
Helping her behind the scenes was AUR Professor Andrea Pacor. Both professors use plays and performance techniques in their courses as part of AUR’s English Writing, Literature and Publishing program.

“When I teach drama,” said Gaborik, “I approach the texts not just as literary artifacts but also as pieces that are meant to be staged -- as is commonly said in theatre circles, as ‘blueprints for performance.’ This means a variety of things, depending on the text or the performance tradition from which it stems: we usually discuss that context, and staging practices at the time the play was written.”
In addition to looking at the texts' plots, characters, themes, and formal qualities -- its act and scene structure, its language, etc. -- students in her courses will frequently find themselves reading aloud, maybe even acting out scenes, and experimenting with different interpretations.
“We also try our hand at design activities, considering how a mood or atmosphere is translated into a stage set or how a character's personality may be revealed in what s/he wears,” Gaborik added. “Such an approach, I find, helps students not only to understand how dramatic works must be read differently than narrative ones, but also to think about the craft of the playwright: how different choices and strategies produce different effects.”

"AUR provided me with a strong base for critical thinking and theoretical application across a variety of mediums. This was coupled with technical lessons on how to develop concepts and write everything from screen plays, short stories, news articles, and essays. These lessons have proved invaluable in my continued education and work in knowledge management and communications with the World Food Programme. Upon arrival for my first position I found myself well equipped to learn and produce written materials with new subject matter and industry- and project-specific guidelines." - Chelsea Graham, class of 2012. 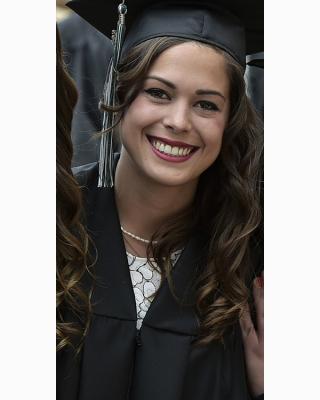