This presentation will feature two parts: the first will be a historical excursus of sport fundraising events from their inception till today; the second will be a technical analysis of techniques of fundraising in the sports environment.

Based on personal experiences, the lecture will bring to life several past episodes and concrete examples of what to do (and what not to do) when planning, organizing and implementing a sport fundraising event. 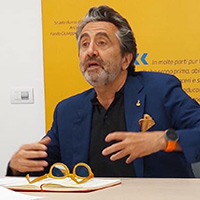 Alessandro Pinto is one of the historical founders of “social responsibility in sport”. Before this term existed, Alessandro was the prime mover in facilitating the first two agreements between the International Olympic Committee (IOC) and four agencies of the United Nations (1992), and between FIFA and UNICEF (1994); these two agreements signaled the beginning of an era during which sport officially engaged in Social and Humanitarian activities.

Pinto was also the first to actively fulfill the purpose of these agreements, organizing two major international projects: “One Goal for UNICEF” (1994) and “Atlanta Olympic Aid” (1996). These projects are still unmatched in total fundraising revenues generated.

Pinto continued his mission in 2000 with the major Italian NGO “Telethon” during the Sydney Olympic Games, ensuring that all of the athletes of the Italian Olympic Team acted as Testimonials alongside launching advocacy messages from “Casa Italia” in Sydney. These successes were recognized by the United States Federal Government which granted Pinto permanent residency in the USA, recognizing him as an “extremely skilled worker” in his field.

In 2006, Pinto led the Italian Committee for UNICEF in a record-setting fundraising project in cooperation with the 2006 Turin Olympic Games (today a record for the Committee) and repeated that effort in 2010 during the South African World Cup.

In recent years, in his role as Director of the NGO “Save then Dream”, Pinto has led in similar efforts for the 2014 Brazil World Cup, the 2016 Rio Olympic Games, and the 2018 Doha Athletics World Championships.