The history of Macaroni & Cheese.

The history of Macaroni & Cheese explored by Professor Karima Moyer-Nocchi.

Karima is a tenured professor at the University of Siena, as well as a lecturer for the Master in Culinary Studies at the University of Rome, Tor Vergata. Her research explores the affective, political, and economic implications of the invention of traditions. She lectures internationally about issues related to Italian food history as well as holding classes and demonstrations about the preparation of historical dishes.

"My fascination with food and the alchemical wonder of cooking began when I was a small child; indeed my first memories are of food. For my sixth birthday, I was given my first cookbook, which set me on a journey that branched out in many directions and continues to this day. 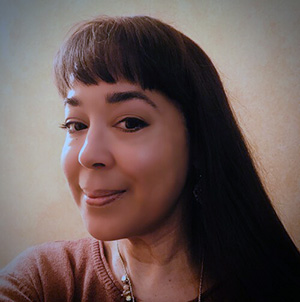 Thirty years ago, after having finished graduate school in the US, I moved to Italy and took up permanent residency. Here, my interest in food intensified. As an American, I was used to the availability of a variety of foods stemming from diverse culinary origins, and quickly learned this was not the case in my new home. Although I loved Italian food, it became imperative that I acquire the skills and knowledge necessary to create these dishes myself and continue enjoying the full-range gastronomic palette that I was accustomed to. Therefore, while travelling often to learn more about Italian food, I also made a concerted effort to to study various other culinary traditions in order to achieve a respectable level of competence.

I studied with teachers based in Italy and took courses abroad as well. It was a richly fulfilling experience, one that allowed me to become a culinary ambassador of sorts, entertaining friends with dishes, new and exotic flavors, and the customs of other world cuisines. Introducing foreign foods and gastronomic notions into the Italian sphere gave me a sense of purpose, and I thought that would be the best way for me to have a meaningful role as an immigrant in Italy, a sideline interest to my formal work at the University of Siena, where I have taught since 1998.

Slowly over time, however, the balance tipped and I became increasingly interested in the sociology, anthropology, and history of food, with my focus shifting more and more to Italian food and wine. One day in 2012, I was out on my daily run (it balances the passion for food), listening to the BBC Food Programme, and something snapped. An epiphany arose from a surge of frustration at hearing people waxing poetic about their grandmothers (or just “grandmothers”) in relation to food, and yet the voice and story of the grandmothers themselves, despite the vast demographic of 90-somethings who were alive and lucid, was rarely if ever heard first hand. A determination to remedy that discrepancy inspired me to set out on my journey as a food writer. It resulted in my first book, the mythbusting Chewing the Fat – An Oral History of Italian Food from Fascism to Dolce Vita.

From there, my explorations in food studies and specifically Italian food intensified and became my raison d'être, and my role of ambassador changed to that of bringing Italian food history and culture to the international audience.

Following that fateful day in 2012, I began writing, researching, and subsequently lecturing internationally about Italian food history, particularly from a sociocultural perspective. Shortly after the publication of my first book I embarked on a monumental project to write a concise cultural history of Roman food from the pre-Romans to present day; The Eternal Table – A Cultural History of Food in Rome was published in March of 2019."

Register in advance for this webinar at https://aur-edu.zoom.us/webinar/register/WN_be30sFmFSbKKlBvwtBLx1g