'The Cyprus Conflict', a presentation by Professor Sözen

Cyprus is a small island in the heart of the Mediterranean that has been the theater of an ongoing conflict since the 1960s, and consequently witnessed the physical division of the territory between the two biggest communities: the Greek-Cypriots in the South, and the Turkish-Cypriots in the North. To describe the current situation, the lecture examined the following macro themes:

Professor Ahmet Sözen is an expert in peacebuilding and democratization processes, with direct experience on the field thanks to his participation in the peace negotiations in Cyprus. Sözen received his BA degree in 1991 in English Language Education from Bogazici/Bosphorus University (Istanbul, Turkey), his MA in International Relation in 1993 from Syracuse University (USA) and his Ph.D. in Political Science (International Relations) in 1999 from University of Missouri (USA). He is currently a professor of International Relations at Eastern Mediterranean University (EMU), in Famagusta. 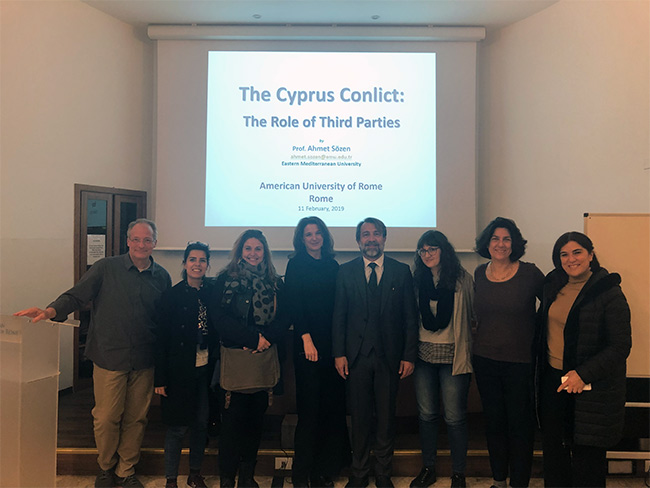