Italy’s rebirth takes the shape of a flower

Nine months on from the explosion of Covid-19 in Italy, this troubling year comes to a close with a glimmer of hope as plans for a vaccination program are announced – with the symbol of a flower at the center.

On Sunday, December 13th, Special Commissioner for the Covid-19 emergency, Domenico Arcuri, unveiled Italy’s strategy for distributing the vaccine across the country, in an operation that brings together science, communications, artistic vision, and sustainability. The slogan that will accompany the campaign is “Italia rinasce con un fiore”: “Italy is reborn with a flower”.

The anti-Covid vaccination program in Europe will begin in mid-January, with the first vaccinations to be administered on the same day throughout the continent in a symbolic display of solidarity. The first to receive the vaccine in Italy will be care home residents and medical staff (around 1.8 million people). “The light at the end of the tunnel is now visible”, Arcuri declared. 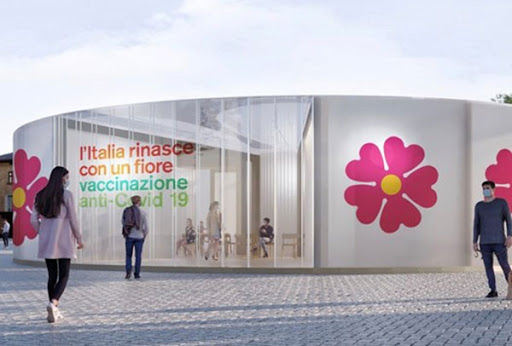 Gazebos specially designed for the vaccination plan will be set up in piazzas throughout Italy, as well as hospital grounds and sports fields. There will initially be 300 dedicated vaccination sites, and this number will rise to 1500 when the vaccination drive is in full swing. In the meantime, a massive information campaign will launch across all digital media channels – radio, TV, websites, and social media – and be displayed on information screens outside hospitals and in parks, public offices, and schools.

Arcuri was joined by Stefano Boeri, the prolific architect who has designed the vaccination booths. He noted that Boeri had contributed to the project pro bono, and it is hoped that other companies will join the effort with the same demonstration of goodwill. The gazeboes are sustainable in terms of both energy use and construction, having been built using biodegradable materials, and all will bear the image of a flower – specifically, a primrose – that will be central to the vaccination program’s identity.

Boeri spoke about how the flower came to be chosen as the symbol of the campaign: it signifies the power of science and the notion of rebirth, and it is hoped that the image of the flower will encourage people to view the campaign as something that brings peace and serenity. While Arcuri acknowledged that this visual totem would not in itself be enough to convince sceptical Italians to embrace the vaccine, he believes that the identity that the flower will give to the vaccination campaign will be very helpful in moving towards its widespread acceptance. 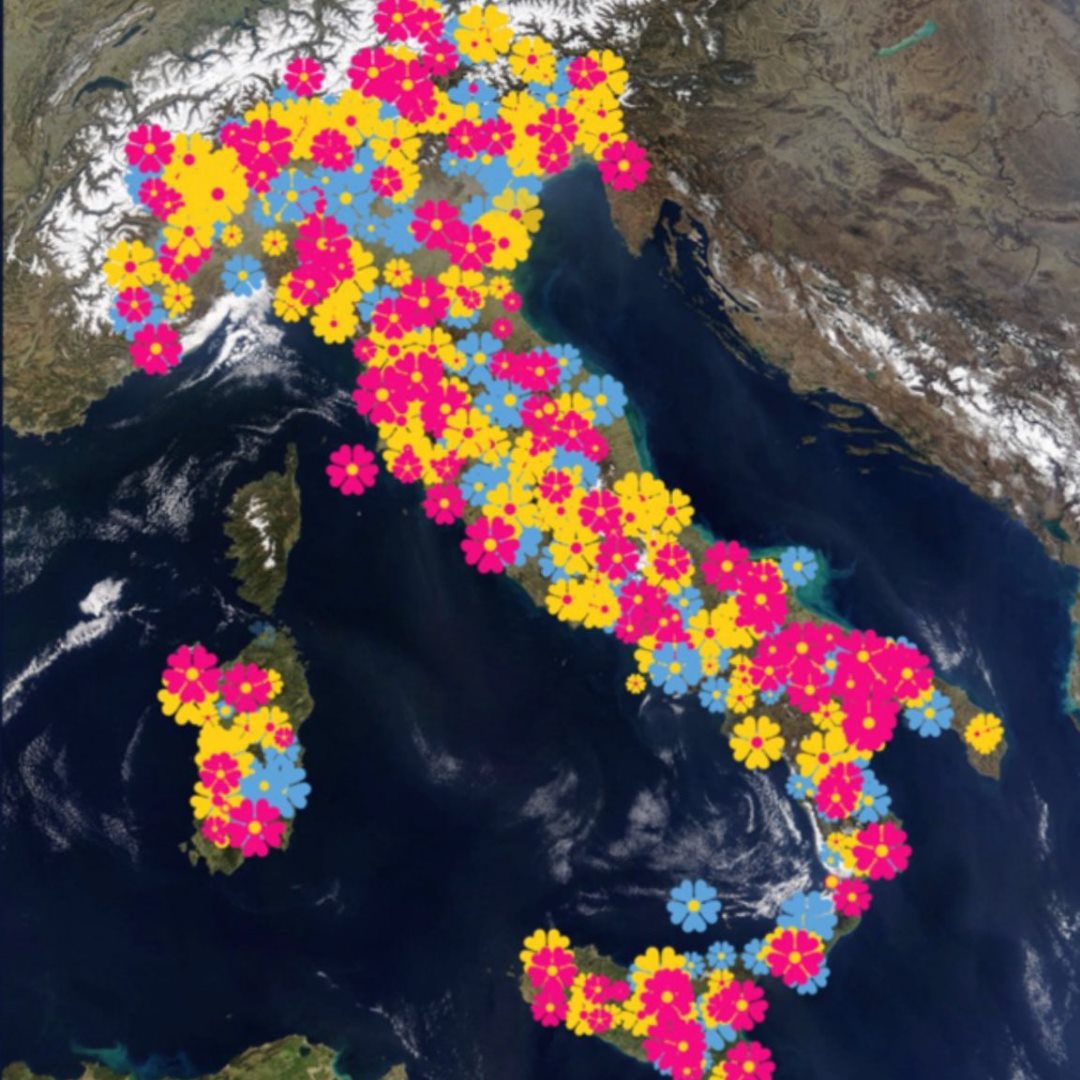 The news of the vaccine has allowed for the hope that in 2021 the world can make big steps forward in rebuilding following the struggle and tragedy imposed by the pandemic. While the spring is usually a time full of promise in which we revel at the world around us bursting back into life, the spring of 2020 felt very much the antithesis of that. However, as the video promoting the Italia rinasce con un fiore campaign declares:

As with every year, the first flower to blossom will be the primrose, but this time its rebirth will also be ours.