Dr. Cecilia Canziani, faculty member of AUR's Art History program, gave an insight into the process of co-curating the exhibition 'Io dico io - I say I' at the Galleria Nazionale D'Arte Moderna. The exhibition brings together works by fifty Italian female artists from across the generations. 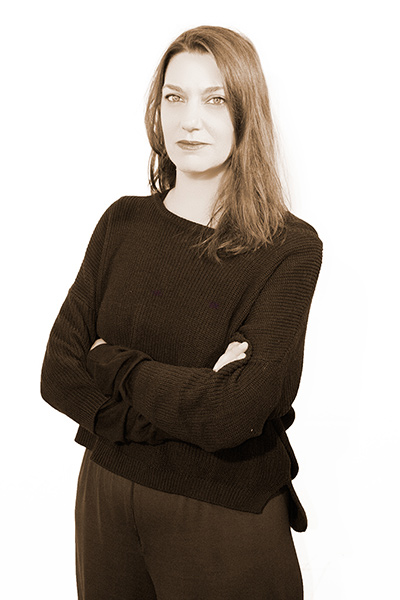 Tell us a bit about the exhibition Io dico io – I say I: what are its themes and what unites the artists who feature in it?

The exhibition is loosely based on Carla Lonzi’s texts, Io dico Io – I say I and originates from a necessity to take the floor and speak for oneself in order to assert one’s subjectivity, it is conceived as an open inquiry from the present and traces a non-linear route: a narration that puts together Italian artists of different generations, who, in different historical and social contexts, have told their own adventure of authenticity and have expressed their own way of inhabiting the world through a constellation of visions.

Self-representation, a gaze that challenges existing roles, writing as a practice and self-narration, body as a measure, a limit and a trespass, resisting homologation — these are just a few of the themes around which the show is layered, overturning points of view and creating new visions and narratives.

How did you select the artists? Was each artist chosen by the three curators together, or did each curator nominate artists independently?

Since the beginning, the exhibition adopted the form of an open conversation between myself, Lara Conte and Paola Ugolini as curators of the show, the director of the Galleria Nazionale d’Arte Moderna e Contemporanea Cristiana Collu, and the museum art historians and collaborators, each of us bringing a personal line of research and gaze. We worked as a team, selecting the artists on which our enthusiasm would converge, and putting research and resources in common.

Is it fairly unusual for a major gallery such as the Galleria Nazionale d’Arte Moderna e Contemporanea to host an exhibition of exclusively female artists?

I think that increasingly museums are aware of the urgency of deconstructing their canons, which doesn’t mean to compensate a representation gap, but to think of the institution differently. More specifically, the Galleria Nazionale is working on a long term programme titled Women Up which includes this exhibition, as well as the gradual and constant rehanging of the collection to inscribe the work of women artists in the display, the digitalization of Carla Lonzi Archive, and new lines of research. Io dico io, in this sense, is not an isolated episode, but part of an adventure, the attempt to rethink the museum from a situated perspective.

How did the collaboration with the other curators come about? Had you worked with them on other exhibitions or projects prior to this?

It was a blind date! We were invited to collaborate on the basis of our individual research on a shared theme, but we didn’t know each other personally and had never worked together before. And now we hope to work together again!

Who was Carla Lonzi and how does she come into the exhibition?

Carla Lonzi was a prominent art critic in the ‘60s. After publishing the groundbreaking book Autoritratto (Self Portrait), the unlinear editing of the transcriptions of interviews with a group of artists that were part of her professional and private life, she founded Rivolta Femminile in 1970, the first radical feminist group in Italy. Her legacy is immense, although for years her writing disappeared and her memory faded after her untimely death. In the past years her texts have been reprinted, allowing researchers to use a fundamental tool to readdress her work both as critic and feminist. The exhibition stems from the donation of the archive of Carla Lonzi and her sister Marta Lonzi to the Galleria Nazionale, and the desire to think of the archive and its agency in the present. For us, who have read, studied and loved Carla Lonzi, themes such as differenza, autocoscienza and riconoscimento were crucial in defining the exhibition themes and, most of all, its methodology.

Was it a challenge to map out the exhibition, both in terms of the number of artists featured and the other works in the gallery? How did you manage it?

It was very difficult, sometimes painful – because it also means excluding some works or some artists as well as including – but also amazing because we could work in the context of a very specific display that already reinvents the museum from a non-linear perspective. On this, and in tension with the archive, we built the show not seeking for completion but as a constellation, by assonances, dialogues, threads that connect the works. And we commissioned new works: three interventions that address the archive, and two works that mark the two entrances of the museum.

What do you think (or hope) is the impact of bringing together fifty Italian female artists from different generations in one exhibition?

A friend of mine said that after having seen the show, which is disseminated in four different parts of the museum, the women artists in the collection were more visible to her. That the show acted as a lens for a new perception of the museum. I think this is the most beautiful thing I could wish for the show.

Io dico io - I say I will run until June 6th, 2021. Click here to read more on the Gallery's website. To learn more about Professor Canziani's work and research, click here.