Rosi Mosca-Herrera, who graduated from AUR in 2008 with a BA in Communication & Minor in English Writing, shares her reflections on living and studying in Rome while she endures the lockdown in the States. Rosi has long been an advocate of studying abroad: "I truly believe that enriching our environments and shocking our system with different ideas, cultures, ways of living expands the way we see the world and cultivates patience and kindness; the key components in life". 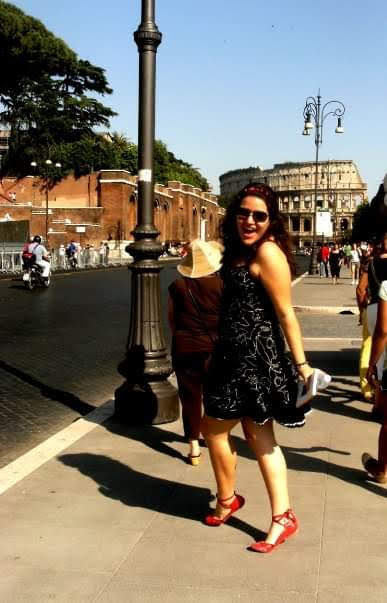 This pandemic sucks. Let’s go ahead and acknowledge that first. The uncertainty, the paranoia, the anxiety, the interruption of our daily lives, and even the pressure to “make something” out of this time. It sucks, and I cannot imagine, in addition to all that, having to deal with wrapping up my senior year of high school through zoom meetings or deciding if I should transfer schools in the middle of a degree while most campuses around the world are closed.

Aside from the great memes that have come out of these uncertain times, one take away from this experience so far for me has been a reassurance that there is no point in dreaming if one does not take a leap of faith to see where those dreams lead. Do you want to go to college next year and do you want it to be a meaningful experience? If the answer is yes, and if you have always thought about venturing out of the country, I’m here to tell you that there is no time like the present and Rome is ALWAYS a good idea.

So let me tell you a little bit about my Roman experience. Just to be clear here, AUR is not for everyone. If you want a “typical” college experience, you’re not going to get that there. One of the books in my music video production class impressed upon us that one had to be realistic about setting: “Do not set your project among the ruins of Rome when your set is an old office building in New Jersey”. I’ll give you that tip in reverse: do not expect your college life in Rome to look like someone else’s experience in Athens, Georgia. For one, Rome has better ice cream. Two, the food, oh my, the food! But also, it’s pointless to compare and you will be doing yourself a disservice.

While my friends who chose to go to American schools were getting in trouble for trying to sneak into bars, we were attending wine tastings and learning about the agriculture of Italy. While my friends spent their spring breaks in crowded Florida beaches, we hopped on a plane for a quick trip to Switzerland or Malta. While whole college towns in the US filled up with rowdy football fans, we cheered on our teams in the World Cup at Circo Massimo (an ancient Roman chariot-racing stadium, now a public park). My friends' photos featured red solo cups in messy frat houses; the walls of the salsa club I frequented were made up of discarded ancient Roman pottery dating back to the days of Cleopatra. And here’s my favorite thing about my time at AUR: one of the hottest topics of debate outside the classroom was which of the Roman emperors was our favorite (Hadrian was my man after my archaeology class got to go inside one of the many aqueducts in his villa just outside the city). 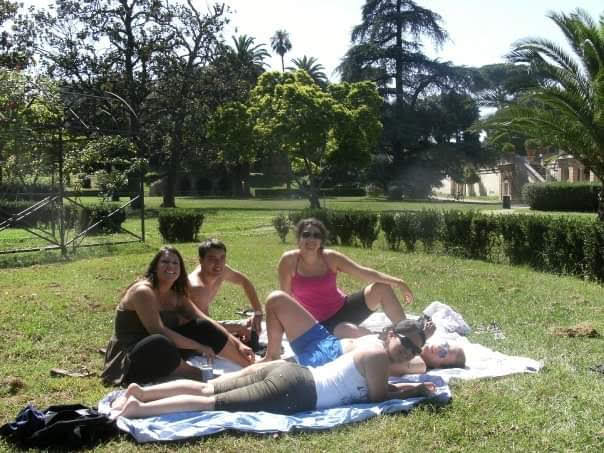 My roommates? I lived with people from Southern Italy, Senegal, Bulgaria, Mexico, Turkey, Croatia, and of course, Americans. My graduating class? I believe we were 25 and among us probably spoke ten languages and had lived in double that amount of countries. Our classrooms were not the usual stadium seating. In fact, we were so close to our professors that it wasn’t odd to have lunch with them or enjoy a mid afternoon caffè near the school or even meet up for an aperitivo after class. The staff knew me by name, and whenever I was worried about the political situation in my country they always reassured me – without me having to explain the situation, because they were already aware – that I was part of the AUR family.

In the end, that’s the word that really stands out to me as the best one to describe AUR: family. No matter what you looked like or where you were from or what your interests were, we would all end up at the same party or playing cards in the courtyard between class or collaborating on a project just for fun. There were people there who belonged to royal families or famous Italian design houses, others who came from small towns in the middle of nowhere in Virginia or Illinois; there were some who had spent time as refugees or serving in the military around the globe; some of my friends at AUR did not have financial constraints, while others, including myself, worked as well as studied at the school and depended on scholarships. In the end, though, none of these differences mattered, and they didn’t stop us from  catching buses together and laughing about the crazy motorini drivers or sharing some news about the latest drama in the soccer world or the upcoming event that the student life group had organized.

The academic side was exactly the environment I needed. The professors were supportive but also straightforward. They were always there to offer guidance and were excellent in connecting us to different opportunities during and after college. In fact, I  am still in touch with my writing professor who was also my academic advisor, and I exchange articles or funny videos with many others. They are still a huge source of inspiration for me and I know I can always reach out. Even now, 12 years later!

Do I think the pandemic will change AUR or Italy? Rome has withstood a myriad of disasters, epidemics, wars, soccer tournaments, and plenty of MTV summer concerts (I got to see Billy Joel in front of the Colosseum, and John Legend and The Cure near Rome’s parliament building). She is known all over the world as “The Eternal City”. Will the atmosphere be much different? As you may have seen on social media or the news, Italians were the ones who started serenading each other during quarantine, applauding on their balconies along with their neighbors, and reminding us of the true meaning of grace in the face of tragedy. If you ask me, they’re showing us all how to deal with this situation with their good humor and delicious recipes. If I were unsure about starting my semester at AUR after this period of uncertainty, those daily reminders of hope from Italy would reassure me that I would be going to a place that will teach me about community, beauty, and culture. Remember, it doesn’t matter where you’re coming from: all roads lead to Rome. If I’ve learned anything from my time in quarantine, it is that perspective can change your life. So, my advice... take the leap. 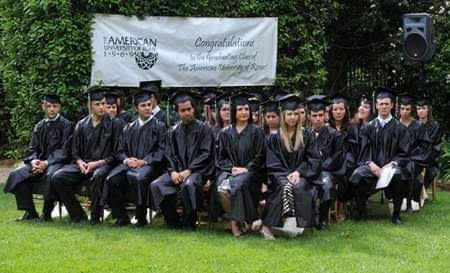