Travel & Tourism students were recently given a unique opportunity to appreciate the flavor that food and drink can add to a region's brand resonance - and try a little of that flavor for themselves!

Italy is universally recognized for the quality of its food and wine. In fact, when it comes to food, wine, and place the Made in Italy brand is probably the strongest in the world (although the French might want to take issue with this statement...). That status is made all the more remarkable when you consider that every region (and almost every town) in Italy prides itself on its own unique specialties. One such region is Castelli Romani, a scattering of wine-producing towns set in the volcanic landscape of the Colli Albani around 20 km southeast of Rome. The Castelli Romani (literally, Roman Castles) are made up of more than a dozen small towns and villages in the region, nestled around the Alban hills, and Lakes Albano and Nemi, each rich in nature, history, and tradition.

On October 8th, an eager group of Travel and Tourism Marketing students was given the unique opportunity to visit one of the most important vineyards in the region, Cantina Imperatori, to gain first-hand experience of both viniculture and the importance (and power) that food & beverage branding can give to a place.

The vineyards of Cantina Imperatori can trace their lineage back to Roman times and, as the students were guided through the vines, their guide, Nina Farrell, was able to demonstrate how long-standing knowledge and tradition helped produce the very best from the crops. Pointing out the white rocks that neatly lined the stems of the vines, Nina described how these were not for aesthetics but had three practical values; the rocks deter weeds, they reflect the sun upwards and so help the grapes ripen from the bottom as well as the top, and they absorb heat during the day and slowly release that heat during the night, giving the vines, as Nina described it "a little extra hug".

Once through the fields, the students were introduced to the process of winemaking; a recent grape harvest, after being crushed, destemmed, and cooled was fermenting in large, temperature-controlled metal vats ready to later move into the large oaken barrels (which add to the wine's natural flavors) before being stored and aged in the farm's original Roman-era cellar (a cave carved directly into the hillside). Finally, to everyone's delight, Nina hosted a wine tasting while she described the quality controls and regulatory requirements for wine distribution and the associated brand resonance that these give to their product. 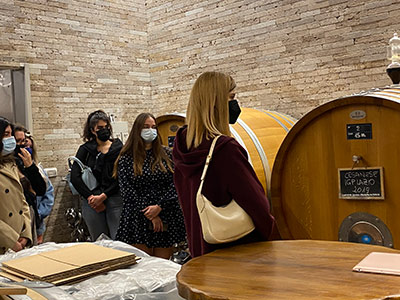 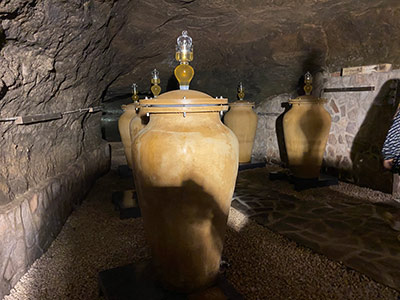 Brand and quality are synonymous for Cantina Imperatori and they constantly strive to ensure they deliver on both not simply for the own product but for the reputation of the region. As Nina pointed out, their goal is to produce wines that can interpret, in different keys, the area in which the vines and the company is rooted. "Our aim is to create wines intended for consumers of products of excellence."  Nina also spoke about the company's ambitions and its changing revenue model based on market demands. The Italian market is demanding more 'native variety' wines, which has promoted Cantina Imperatori to replace part of their international vine stock with traditional Italian vines. They are also planning to host a range of 'vineyard events' to enhance their local market and provide the kind of field-to-fork experience that modern consumers are looking for while simultaneously seeking to expand their international market through digital & social marketing methods.

The day concluded with a Q&A and discussion that clearly demonstrated both the students' enjoyment of the experience but also their enhanced understanding of the meaning of brand for a company like Cantina Imperatori - and how that sits within the larger concept of Made in Italy. As one student stated, on the journey back to the university, "I've never really considered how much we identify place with product and what that means for the producers within a region. It's both a huge benefit and a heavy responsibility - but those guys are so obviously passionate about their quality and their brand, it's amazing. I'm going to look at the wine racks in the supermarket differently from now on!" 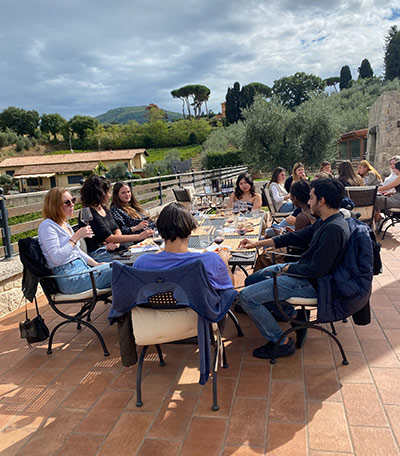 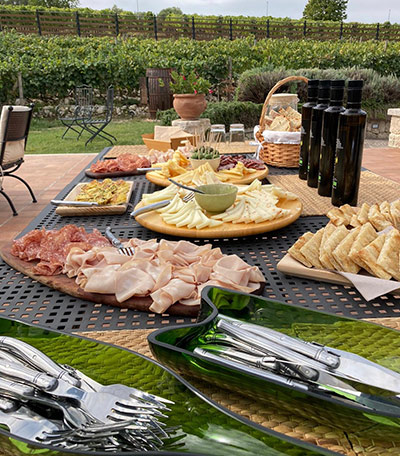 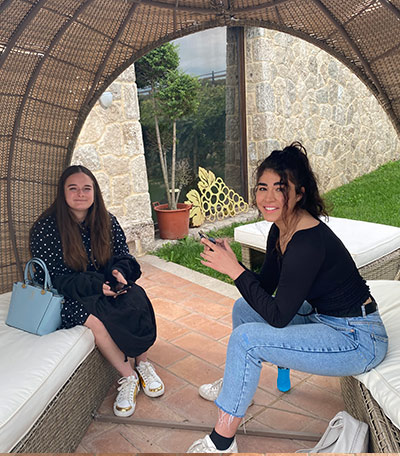 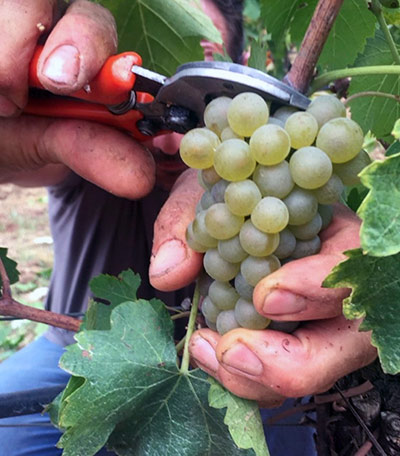