When we savor chocolate in its different tastes, do we think about cocoa production and the cocoa supply chain?  Who produces cacao, how and where is it transformed into the delicious product that is being consumed all over the world?   Why do we know and are curious about chocolate dishes by chefs, chocolate types by manufacturers and not about the chocolate beans of the producers and the 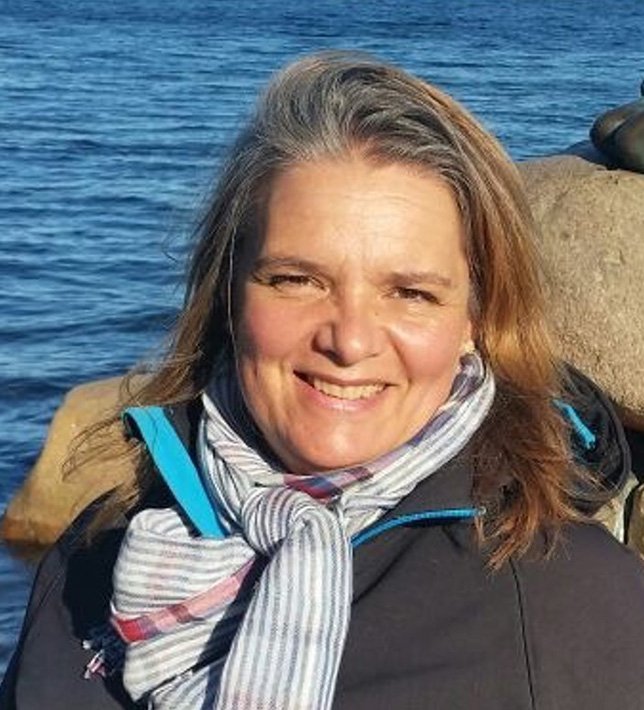 Brigitte Laliberté, Scientist from the Alliance Bioversity International and The International Center for Tropical Agriculture (CIAT) revealed the complexity of the cocoa supply chain to the students of the MA in Food Studies on 12 November 2020, as part of their program on agrobiodiversity and food consumption practices including Fair Trade.   She explained her work, focusing on cocoa genetic diversity and the development of improved planting materials with priority traits for cocoa producers.

First, Brigitte Laliberté clarified the terminology and explained that cacao refers to the trees, small trees that grow over a period of 30 years in the tropical areas of the world.

The trees produce the pods containing the beans from which, once fermented and dried, we get the cocoa. The fermentation is the critical process that gives the chocolate flavor as well as the roasting of the seeds. 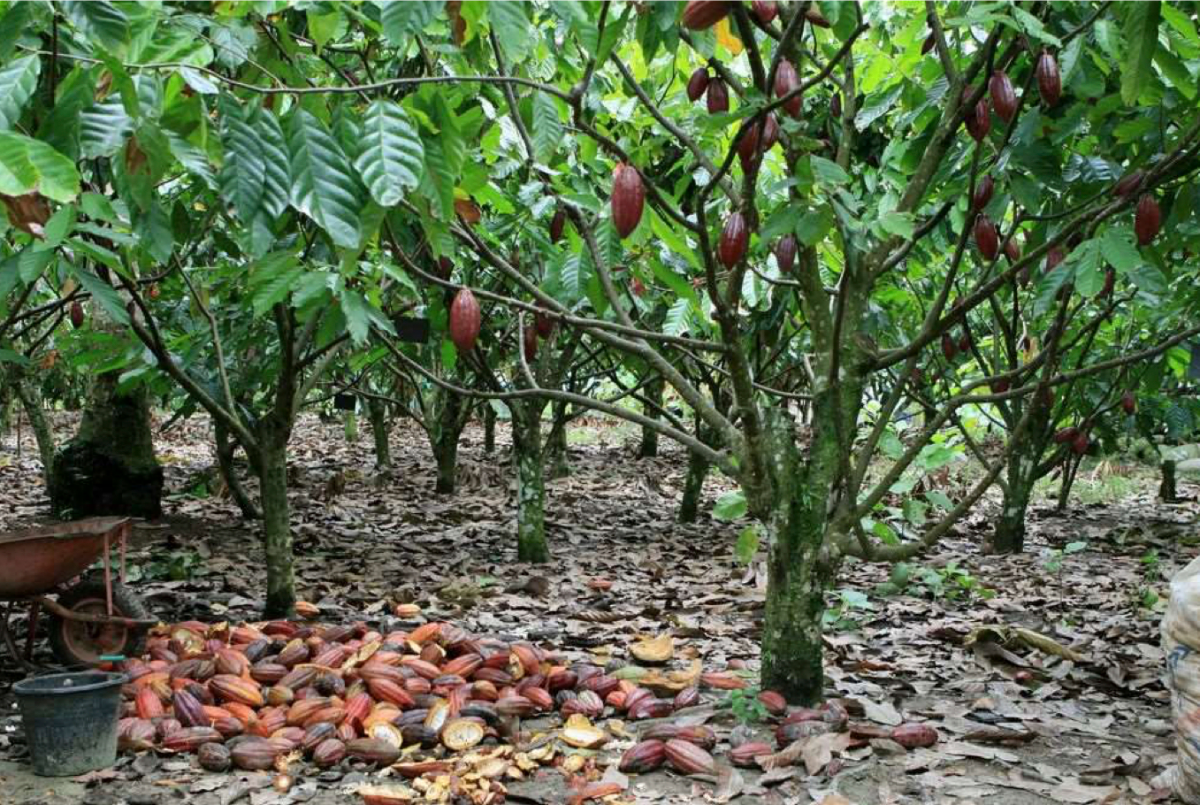 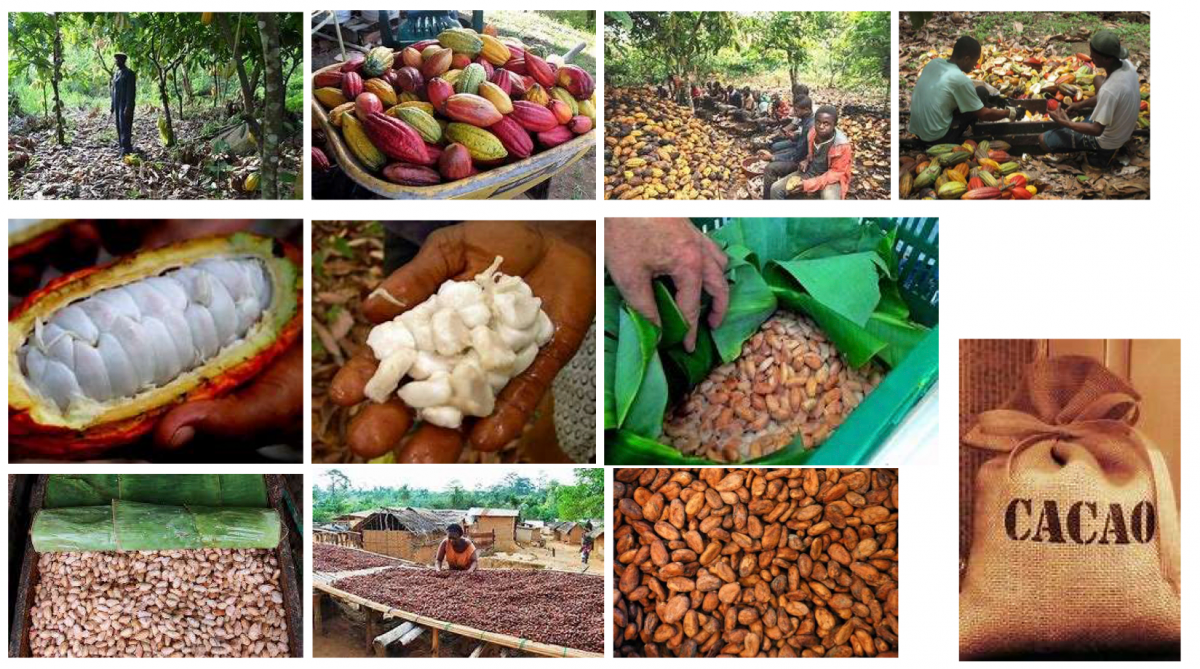 She showed the maps indicating the origin of cacao in the Amazon basin, where there is the greatest genetic diversity, the spread to other parts of the world and the major producing countries.  She pointed out the threats posed to cacao producers by land degradation and climate change with increased temperatures and droughts. 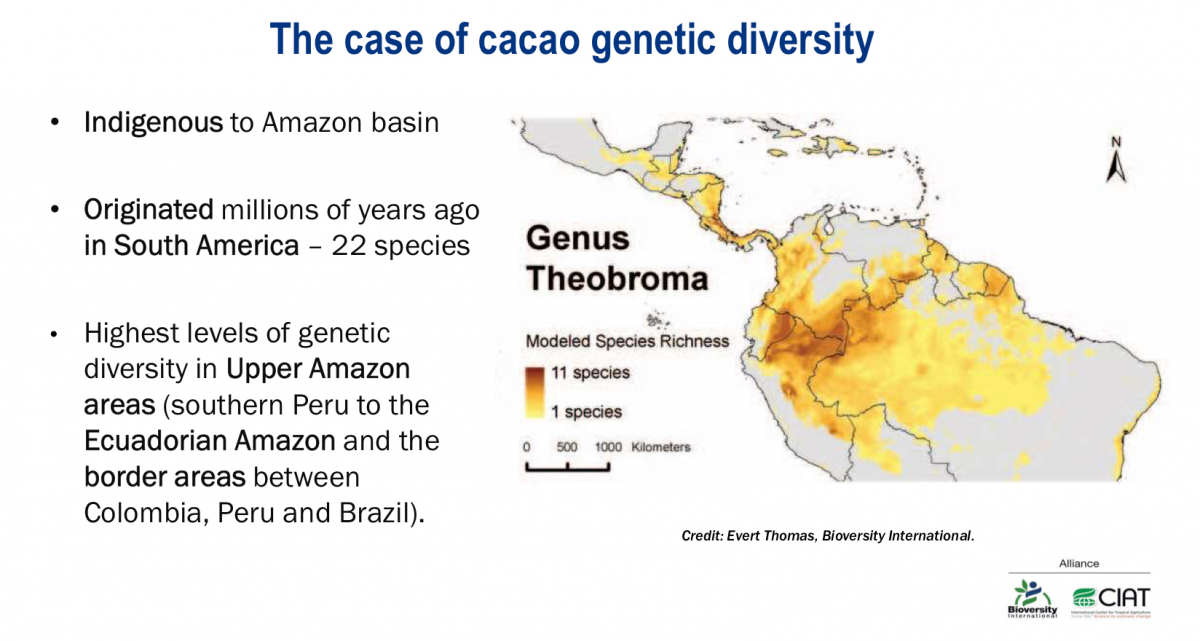 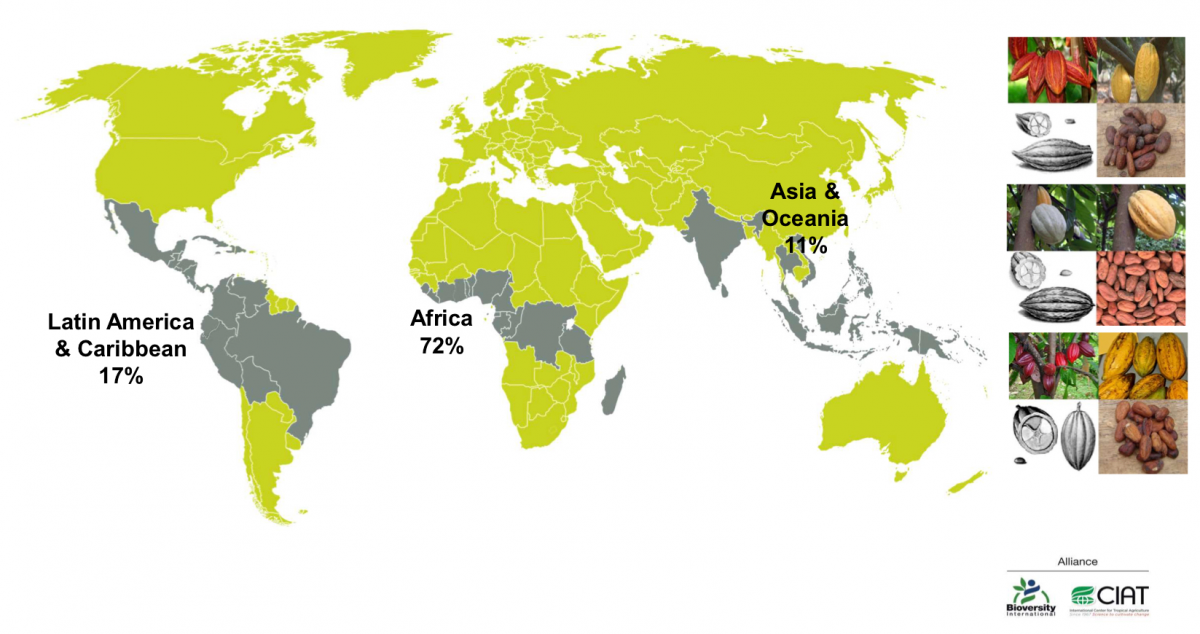 After informing the students about the international collections of beans inTrinidad and Tobago and Costa Rica and the International Quarantine Center in the U.K., she talked about the Cocoa Excellence and cocoa quality competItion, the only competition that rewards the work of cocoa producers through a meticulous process of processing and tasting by experts.  The winners are then celebrated at th Salon du Chocolat in Paris. It is within this Cocoa of Excellence Program that two AUR Master’s students will carry out their internship. 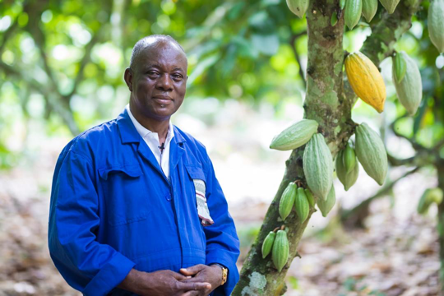 After answering several questions by the students, Brigitte Laliberté spoke about the Global Strategy for the Conservation and use of Cacao Genetic Resources for all those interested in learning more. 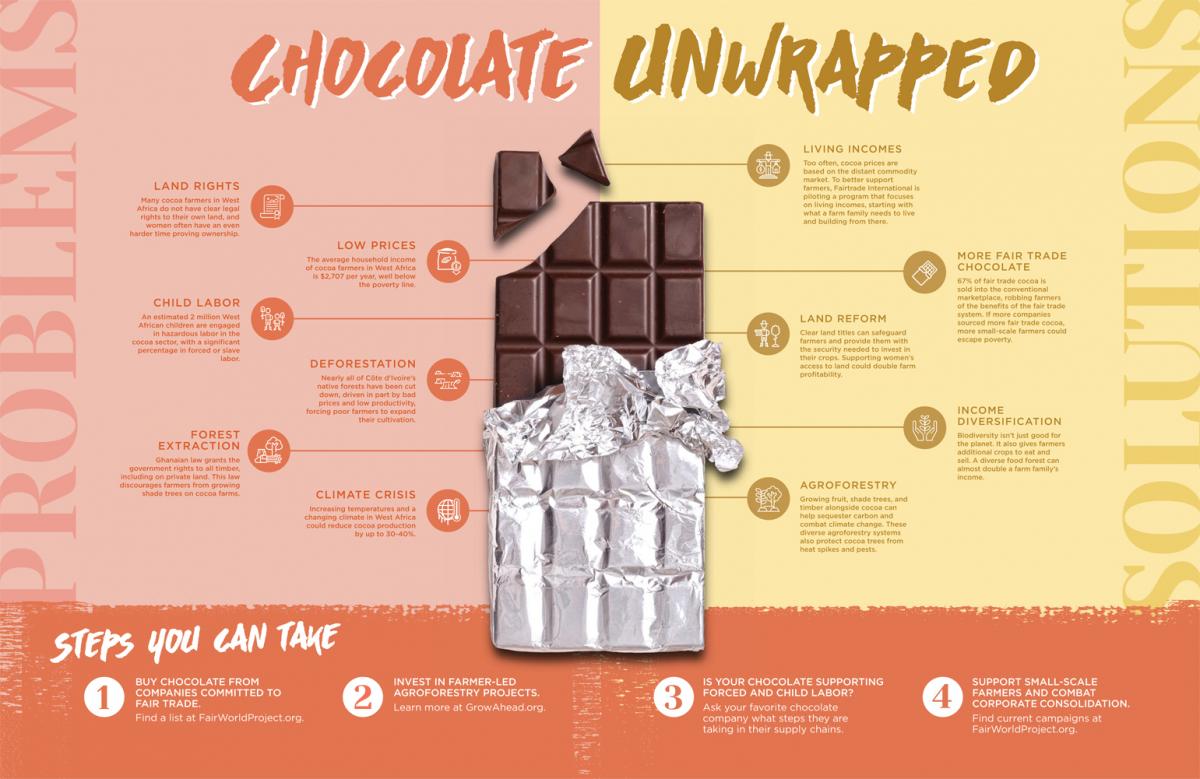 AUR thanks Brigitte for the very informative and thought-provoking presentation!