“Opening the chocolate diversity box:” An overview of the cocoa global value chain by Brigitte Lalibertè

Brigitte Laliberté, Senior Scientist from Bioversity International’s Cocoa of Excellence Programme, virtually joined the FS501 Food, Environment, and Society course to present the complexities of the global value chain for cocoa. Cocoa originated in the Amazon—formerly a haven of biodiversity, but today an area facing severe challenges from deforestation, drought, and the pressures of industrial agriculture.

Central to Bioversity’s mission is the promotion of genetic diversity of species, for the benefit of people and the planet alike. In the context of cocoa, these benefits come together around economic prosperity, environmental sustainability, and nutritional wellbeing—if properly managed and ethically cared for. 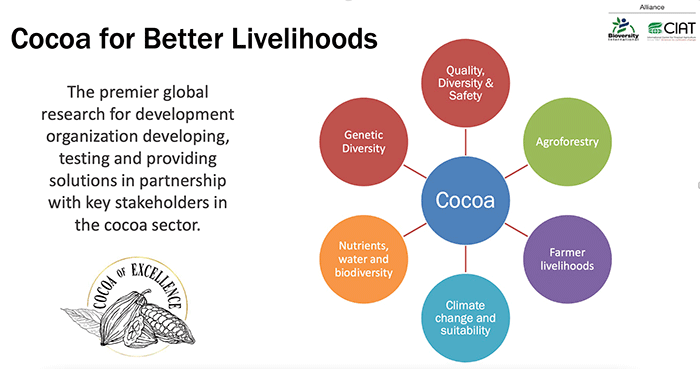 A core part of the lecture revolved around the role of socio-ethical issues that engulf cocoa production, distribution, and consumption. Troubling visuals on the extent of land degradation that impacts production opportunities, as well as startling statistics on social injustices, namely the reliance on child labor, as well as the quality of life for tropical cocoa farmers—90% of whom live in poverty—demonstrate the dire need to address climate change impacts and social justice in agriculture, and particularly around cocoa. Bioversity works in collaboration with several partners to improve the environmental impacts of cocoa production while supporting the economic and social rights of local growers in cocoa-producing nations, like South America, Africa, and Asia-Pacific. 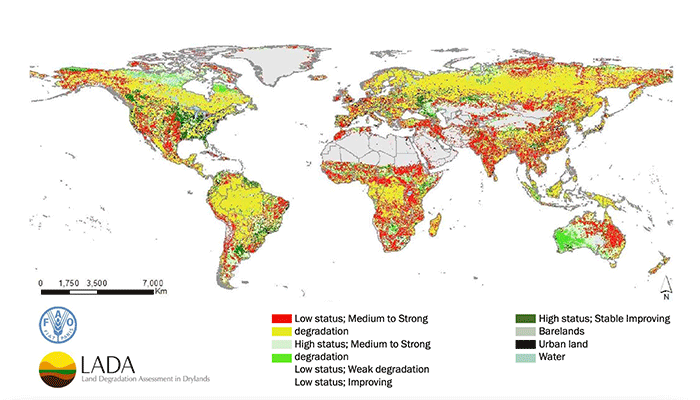 The Bioversity’s Cocoa of Excellence Award gives local producers the opportunity for recognition on a global scale by sending their product for taste and quality tests and receiving feedback from industry experts on its value, flavor, and uniqueness. Through this award, Bioversity strives to shorten the supply chain by connecting producers back to their consumers—a relationship often lost on the global scale.

Our guest speaker also called on the power and responsibility of us, as consumers, to demand positive change from major corporations through our purchasing habits. Despite the global scope of this value chain, individual choices demanding fair trade practices have great potential to encourage widespread improvements in human rights and living wages.