The Art of (Non Conventional) Agriculture at CASA: Lessons for Sustainability, Care and Inclusion

Silvia Paolini, farm manager and founder of the Center for Agroecology and Social Agriculture, (CA.SA.), joined the FS 511 course on Food, Rurality, and Local Development. Her lecture was a continuation of a partnership begun last semester when Food Studies masters students toured the farm to learn about its experimental social and agricultural initiatives. In this classroom forum, Silvia spoke with students about the inspiration behind her work and the role of multifunctionality in small-holder farming, along with the many challenges and tribulations she has faced since CA.SA.’s conception.

Silvia’s tenacity undeniably guides her relationship with CA.SA.’s development and growth, evidenced by the amount of time, resources, and passion she has invested since the project’s inauguration over five years ago. Despite a miniscule staff (Silvia relies entirely on part time or volunteer labor), she has managed to reinvigorate a five-hectare plot of devastated land into a family farm intended for regeneration—of both land and people. 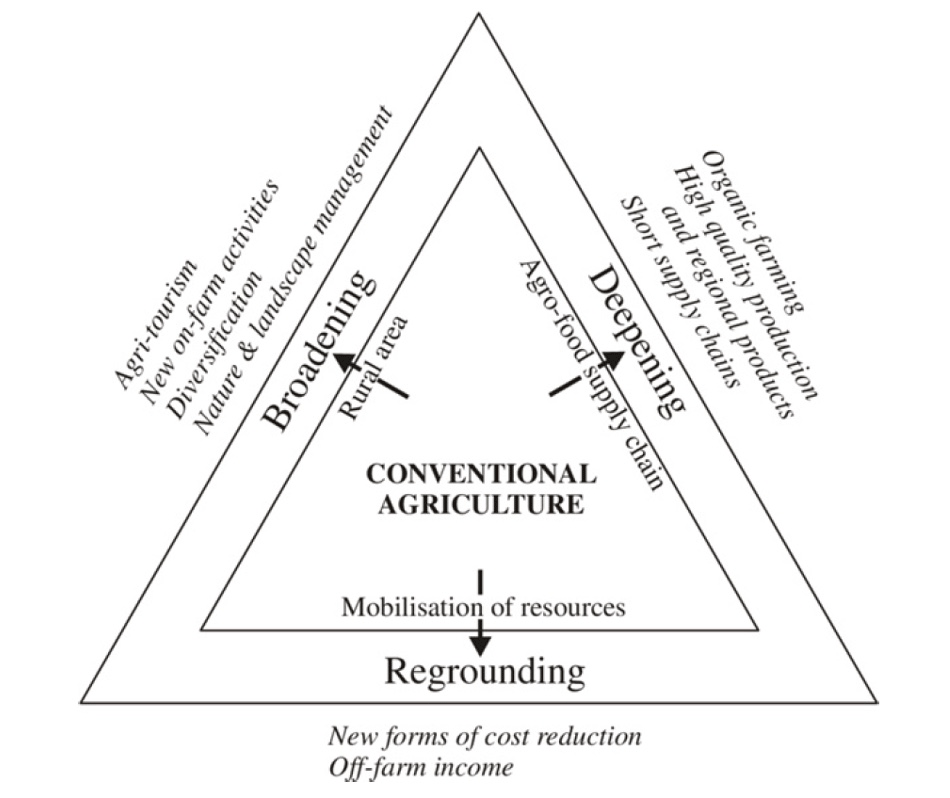 CA.SA. is steeped in a philosophy of inclusion and circularity, where respect for the Earth and the individual guide every decision. Employing the snail as CA.SA.’s logo, a marker of both frailty and circularity, Silvia emphasized that every being is worthy of equal care and attention, which is a practice she carries through into her farming. Inspired by her master’s studies in Ethical and Social Agriculture, Silvia’s vision of care farming is realized through partnerships with local organizations, where volunteers in need reap the benefits of therapeutic farming, while acting as co-creators in her experimental approach to soil regeneration. Silvia boasted specifically about CA.SA.’s wild herb production as one of her most valuable products, which she values for their nutritional content, as much as for their symbolic role as a marker of inclusivity, given that these herbs are typically overlooked or destroyed.

Only the art of agriculture, which is undoubtedly very close to wisdom and, like its consanguine, has neither disciples or masters. -- Columella.

Her work philosophy is guided by van der Ploeg’s theories of deepening, broadening, and re-grounding agricultural activities (2002) to combat the “squeeze” of conventional farming. In this regard, Silvia has developed activities reflective of these three categories to ensure the farm’s longevity. From a circularity perspective, she employs agroecological principles to the greatest extent possible. At CA.SA., the production is not only certified organic, but also adheres to principles of seasonality and minimal tillage. Further diversifying her practices to incorporate on-farm didactic activities, workshops, and team building events has allowed for supplemental income beyond the sale of produce. In addition to the economic value of these activities, she believes strongly in the power of hands-on experiences, particularly for children, to create future generations of better-informed producers and consumers. Silvia argues that education from a young age may be the most potent tool to bridge the “language” gap between policymakers and farmers.

Resiliency best encompasses Silvia’s experiences with CA.SA. Constantly innovating to maximize her impact and her resources, she has demonstrated a spirit of perseverance, despite the many financial, bureaucratic, and personal obstacles faced along the way. Speaking on the rising price of gas and her forty-kilometer commute to and from the farm each day, she suggested pasting the CA.SA. logo on her vehicle as a form of marketing. This one small example speaks to her ingenuity and solution-oriented mindset. Her creativity in the face of controversy has allowed CA.SA. to blossom and will ensure its continued success in the years to come. Despite the immensity of her responsibilities, Silvia has successfully balanced the farm with her other duties as a citizen consumer, activist, educator, and mother. Food Studies masters students left the lecture deeply inspired and emotionally invested in the outcome of her future initiatives—and highly impressed by her positive attitude, given the many challenges faced as a small-holder. The world needs more farmers like Silvia, prepared to combat any and every challenge that comes her way for the betterment of the Earth and of humankind.