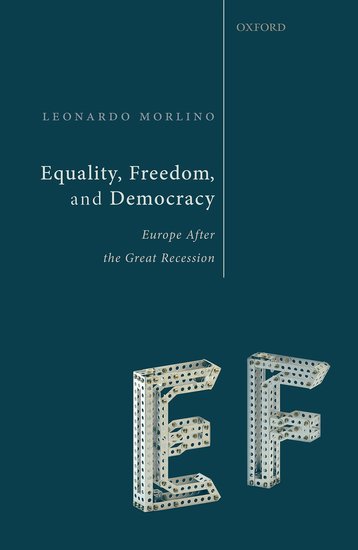 Freedom and equality are widely considered the two most important values in a liberal democracy. This wide-ranging study examines how both have developed across a thirty year period since 1990, and in particular the effect on them of the Great Recession of 2008. Drawing on extensive data from the six largest European democracies - France, Germany, Italy, Poland, Spain, and the United Kingdom - the author offers a comparative analysis of how the respective pursuit of both values has developed over the period, and seeks to explain the variations he finds. In addition, he assesses the impact of the European Union on those two fundamental democratic values, as well the nature and extent of demands for them on the part of citizens and party leaders. He concludes by drawing out the implications of his analysis for the future of European democracy.

Click here to find out more about this new publication.