In the fast paced lives we live today, losing track of people is not that hard. At AUR, we want our Alumni to reconnect with us and amongst themselves! This section gives news about the whereabouts and stories of our Alumni.

After completing his degree in International Relations at AUR in 2004, cinematographer Bliss Holloway studied at the Scuola di Cinema in Rome and worked as a Production Assistant for CNN International. In 2006 he moved to New York City and attended the New York Film Academy. Initially working as a Gaffer and Grip on independent film and commercial productions, his first big break came in 2008, when he traveled to India to shoot the first digital feature film ever shot in Hyderabad, one of India’s major film hubs.

“As a cinematographer, I draw on a broad range of knowledge and expertise to perform at the highest level. Sometimes this means some technical tidbit about a particular camera or light I am using. More often than not, however, I find that my broader life experience is the most relevant arsenal I have to draw on when solving a problem or working to accomplish my artistic goals. These could be skills associated with language, diplomacy, cultural understanding, logistics, team organization, or any number of other fields which wouldn’t normally be associated with filmmaking. As such, my experience at The American University of Rome provided the fundamental basis for my approach to my work as an adult. The experience and skills I obtained there have contributed to every aspect of my life that came after. 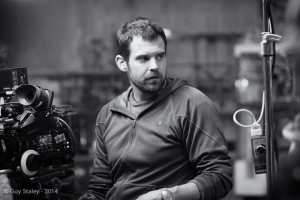 “I graduated from AUR with a B.A. in International Relations in 2004. As an American who spent half of his life living in Germany, the international community that comprises the fabric of AUR’s student, staff and faculty was the perfect fit for me. At AUR I was pushed to learn my third language, apply myself as a student, and take on leadership roles within the AUR Student Government. Through a close relationship with Professor Walston (then head of the International Relations Department), I found my academic love of politics and history, and was also mentored to develop my skills as an organizer, laying the groundwork for study-abroad trips to Ghana and Kosovo. I studied anthropology with Professor Thomassen, learning about cultural development and the context of traditions. With Professor Patania, I studied the business of politics, the organization of multi-nationals, and many ‘real world’ applications for the theories that I learned.

“As a filmmaker I’ve had opportunities to travel and work in some of the most interesting places in the world. I’ve shot films and documentaries in India, Cuba, Kosovo, Central and South America, West Africa, and all over Europe and the United States. As a cinematographer, it is my job to organize a team of professionals to execute the job prescribed by the script, director and producer, and to ensure that the picture looks as good as it possibly can. It takes organization, cooperation, and tons of hard work, but often there are also other obstacles. There may be language and cultural barriers, as well as inflated egos and personal gripes to overcome. Any given day my job may involve logistical mishaps or technical hurdles as well. My ability to execute the job is supported by every classroom lesson and life skill I learned as a student at AUR. As a basis for my oft scattered and constantly shifting professional targets, my experience at The American University of Rome gave me the confidence and the skill set to achieve the many lofty goals I set for myself professionally and artistically.” 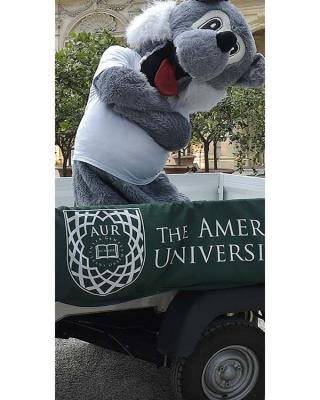 Related Links:
Our Global Alumni: their stories
Re-connect
Give back
Alumni events
Wolftracks
Comparability & Verification of your degree in Italy

We want your story!

If you're willing to share the story of your life - where you've been, what you're doing, what have you seen, what does it mean ... then please let us know as we want to share it with the world!
Email alumni@aur.edu and we'll arrange a convenient time for a chat and a catch-up... 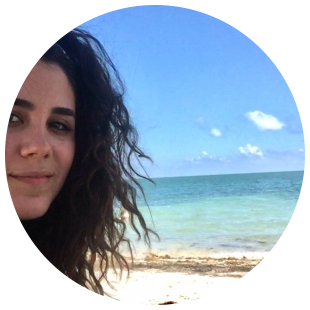 After graduating from AUR in 2010 in Communication, Arly Montes moved back to her hometown of Miami and began working freelance in commercial production. In 2013 Arly moved to L.A., where she remains today, to see if she could make it in the core of the industry. She is still working freelance and is currently working on a new MTV dance Doc/Competition show, Going Off, premiering in Jan 2017.

Alyssa Civitello (Art History, 2011) first came to Rome during a semester abroad while studying at UC Santa Cruz and fell in love with the city. She quickly transferred to AUR where she completed her degree in Art History in December of 2011 after which she moved back to California to pursue a M.Ed. in Higher Education from the University of Redlands. Keen on returning to Rome, Alyssa recently moved back and is currently working at John Cabot University as a Residential Life Associate. 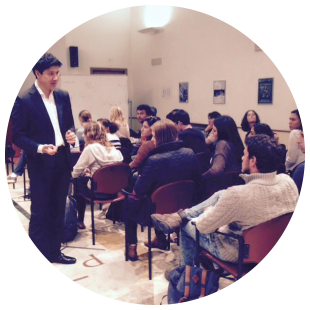 2001 Business Administration graduate Almas Mukhashov came back to AUR last fall to lecture on his work experiences for a Business Series Lecture. After graduating from AUR in 2001, Almas returned to his native country of Kazakhstan where he worked as a Technical Assistant for the Department of External and Government Relations within Agip Kazakhstan Caspian Offshore Company. Since, he has moved back to Italy and is now based in Milan where he works as the Upstream Contracts Negotiator for the International Negotiations Department for the energy company ENI. Almas’ lecture focused on petroleum agreements between host governments and international oil companies, starting oil and gas projects and their development after successful discoveries, the life-cycle of a petroleum project, and the political challenges that oil companies face. On coming back to AUR, this time as a lecturer, Almas shares, “It was an amazing experience… It is not easy to describe in words, but you feel something special, warm, and nostalgic deep inside of yourself coming back to your alma mater after 14 years. I felt very honored giving the lecture in front of students and sharing with them some interesting topics as well as my personal view on [the] oil and gas business that may be useful for their future careers. To put yourself in the shoes of the teacher talking to the students is something very exceptional and unique.”