Harriet Friedmann 'Metabolism of Global Cities: London, Manchester, Chicago: the history of imperial, industrial and agro-industrial cities that drew in "food" as they emerged and transformed landscapes far away.'
The history of cities can be seen through the metaphor of metabolism -- the conversion of energy from outside an organism into its life-sustaining processes. Cities are best understood not as amorphously “global”, but rather as concretely translocal, successively shaping and reshaping distant (as well as contiguous) biocultural landscapes.
More here

Professor Colin Sage: The global food system, nitrogen and the metabolic rift: Farming - and eating -within planetary boundaries, Prof. Sage discussed how the planetary scale processes, especially those that are approaching or even transgressing limits, capture something of the ‘metabolic rift’ as originally conceived by Karl Marx. Given his concern for the robbing of soil fertility by capitalist agriculture, it seems apposite to consider the way in which the apparently successful ‘solution’ has served to disrupt a key global nutrient cycle.

Dr. Harold Alderman: Cash it out? Why food-based programs exist, and how to improve them.
Senior Research Fellow of the Food Policy Research Institute (IFPRI) gave a seminar in FAO on 18 January 2018 on the recent book he co-authored entitled “The 1.5 Billion People Question: Food, Vouchers, or Cash Transfers?”
Read full article, watch book launch video and download book in PDF here.

Antonio Onorati, President of Crocevia on Food Sovereignty
Member of the International Planning Committee for Food Sovereignty (IPC), came to the class of the Master in Food Studies to talk about food sovereignty and the rights of farmers. The IPC is an autonomous and self-organized global platform of small-scale food producers, rural workers organizations and grass root/community based social movements that are committed to advancing the Food Sovereignty agenda at the global and regional level.

The political economy of agricultural biotechnology with Dr. Shuji Hisano of Kyoto University
Dr. Shuji Hisano, Professor of International Political Economy of Agriculture from the Graduate School of Economics, Kyoto University, Japan, visited the AUR Graduate School on September 17, 2017 to talk about the politics of biotechnology. He discussed how to understand and critically analyze agricultural biotechnologies from a political economy perspective.

Elizabeth Goldstein - What does it mean to eat mindfully?
In September 2017, The Center for Food Studies was pleased to welcome guest speaker Elizabeth Goldstein, certified dietician nutritionist with an MSc in Clinical Nutrition from New York University, author of numerous articles on Nutrition and Wellness and lecturer on current developments in nutrition and their applications in practice. Ms. Goldstein visited AUR to speak to the Food Studies Master students in their core course Food, Environment and Society about overweight and obesity issues among children, adolescents and other groups in urban and rural areas. During her visit at AUR, Ms. Goldstein also presented an interesting and thought-provoking university-wide seminar on “Being Present and The Art of Mindful Easting” on Tuesday September 19, 2017.

Food in Indian Religions: Melanie Barbato
Food plays an important role in Indian religions. It ranges from the offerings of food to Hindu gods and the free meals for all visitors at Sikh temples to the strict dietary rules of Jain monks. Food is used in Indian religions both to create community and to express and reinforce difference and stratification.

‘Food and Agriculture in Italy Today’ with Evan Kleiman and Fabrizia Lanza
In North America we are used to discussing the sad story of agriculture in the 21st century. The high ecological costs that come from industrial production; the glut of cheap and unhealthy calories; huge food waste yet at the same time tragic food insecurity.
When we think of Italy, however, we assume that things are different. Aren’t Italians the people who understand and value rural life? And isn’t the quality of food tied to preserving the environment? But is this the real story? Or is this a version of Italy that is fast becoming history.

Oscar Farinetti, founder of Eataly
On January 27, 2007, Oscar Farinetti opened the first Eataly in Torino, Italy, with the idea that it would be much more than a store. He wanted to create a school, a market, a table to gather around: a place to learn about food and, through food, about life.
Ten years later, there are more than 35 locations across the world, from New York City to Milano to Dubai. While each store follows the original philosophy of being a place where people can eat, shop, and learn about good food, each is completely unique.

Lost Food. Food and Communication in the Orthorexic Society: Prof. Guido Nicolosi
By introducing the socio-anthropological concept of food as aliment, namely natural elements culturally elaborated and consumed within the framework of social codified practices, Professor Nicolosi’s lecture focused on two main issues: the western society as an “orthorexic society” and food’s privileged function as a medium of communication.

Agricultural Biodiversity: presented by Danny Hunter and Richard China of Bioversity International
Senior Scientist, Danny Hunter, and Director of Strategic Partnerships and External Engagement, Richard China, engaged the students in AUR’s Food Studies Master’s Program with a presentation and discussion about the definition, implications, and preservation of agricultural biodiversity.

McGovern Lecture Visit – Meeting with Dr Rajiv Shah
Following the invitation by the U.S. Mission to the United Nations Agencies in Rome, a group of Food Studies MA and undergraduate students attended the McGovern Lecture at FAO on Tuesday 16th November. The lecture is held every year to honor the legacy of the late George McGovern, a former US ambassador to the UN agencies in Rome and a tireless campaigner in the fight against world hunger. The lecture is organised by the UN Mission to the United Nations Agencies in Rome, in collaboration with FAO. This year the speaker was Dr Rajiv Shah who currently serves as a Senior Advisor to the Chicago Council on Global Affairs, and was formerly the Administrator of the United States Agency for International Development (USAID). During his five years in office at USAID, Dr Shah oversaw humanitarian responses to a number of major crises including the Ebola outbreak in West Africa, the 2011 drought in East Africa and the 2010 earthquake in Haiti. 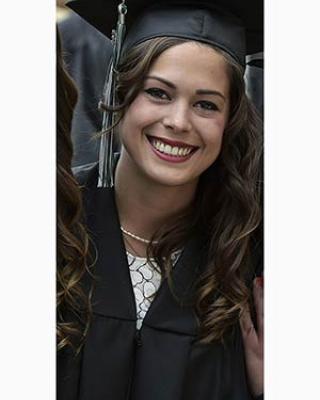